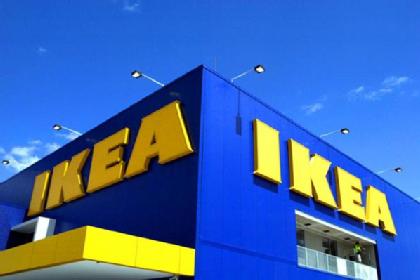 During our first week here in The Netherlands, we were at Ikea (for at least one or more hours each time) on 5 days.  That’s 5 days out of 7!  Now I had never been to an Ikea before.  Upon entering our Ikea here (by the way, the first time was about 5 hours after stepping off the plane), the sense of overwhelming decisions was apparent.  I’m not sure how to describe Ikea except that it has both endless choices and yet no real variety of options.  The hoards of people, similarly wandering around trying to make decisions, does not help the overwhelming feeling.

Let me describe Ikea’s setup.  In addition to being an all-consuming vortex of chaotic decision making, Ikea also sports a cafeteria and deli as well as a check in play area for kids in an attempt to make sure that you never need to leave.  They have a warehouse where you can pick up all the parts needed for your selected furnishings, or you can pay the store to pick it all up for you.  And then there is the massive checkout line which Ikea has down to a science.  The line moves at a good clip thanks to the multitude of check out registers and the TV monitor which informs you which line you should head to.  In total, Ikea has a map showing nearly 30 showrooms/shopping areas and all the shortcut paths you can take to arrive at different areas.  You might have better luck reading a subway route map.

On our first trip, we had one goal-get beds so that we had somewhere to sleep.  We managed to select beds through the fog of jet lag and no sleep, but if we had the beds delivered on that day rather than waiting until we had selected the other big items like wardrobes, couches and desks, then the delivery charge would be double (where is our big truck when we need it).  So, bright and early the next morning we went back to Ikea to attempt to make more decisions.  Did I mention that the process of making decisions with overwhelming choices and hoards of people, is magically enhanced by your kids who do not want to stand around while you make decisions?  In fact, those kids just want to make sure that it is nearly impossible for you to think through any decision coherently!  Nonetheless, we did make decisions.  So after seven days of five Ikea trips, two furniture deliveries, a couple of trips of stuffing the car to the brim (I mean seriously, the kids had rugs squished in next to their faces in the backseat) and a couple of times in the return line (take a number and wait forever…you would think it was a DMV), we had the furnishings we needed to set up the house.

Now the real fun began.  You see, Ikea furniture comes in as many pieces as humanely possible-none of which are labeled-and instructions that use as little directional information as possible.  So those beds that we wanted for the first day, well they didn’t get put together until about day 5.  In fact, it took three days of a handyman working 8 or more hours a day, plus putting together several more pieces on our own, and a couple of furniture-related injuries, to get it all done.  We currently still have the outdoor furniture to do, but as those require an electric screwdriver and a wrench, both of which are still on that darn boat with the rest of our things, they will have to wait.

So after feeling like Ikea was our home and our sole supplier of life for the first week of our time here, I am happy to report we haven’t been at all in a week, and now I am left wondering if Ikea is a mecca of everything I need or just hell on Earth.  The jury is still out, but I’m not in a rush to get back (though my kid keeps asking when we get to go eat at Ikea again!).