The kids and I took a quick trip over to Gouda (pronounced how-da) a couple of weeks ago for the cheese market.  Though this market was much smaller and simpler than the one in Alkmaar, it was fun to watch for a few minutes.  The “hand-slapping to make a deal” portion of this market was a little more theatrical and lasted a little longer which the kids enjoyed.  There was also a nice open-air market around the cheese area where you could get some snacks and see some craftsman at work.  We made a pewter figure in a mold that was more than 100 years old (we also promptly broke said figure, but it is now repaired!).

After checking out the market area, we walked in the old part of the city which was very quaint and lovely. 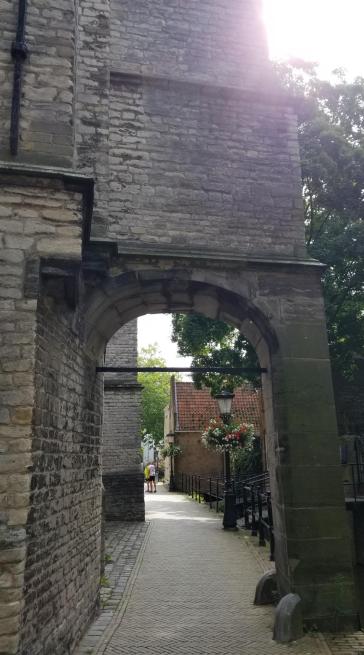 We checked out the old church, St. Janskerk, which was really large and had many stained glass windows-something that is not very characteristic of the churches in The Netherlands. 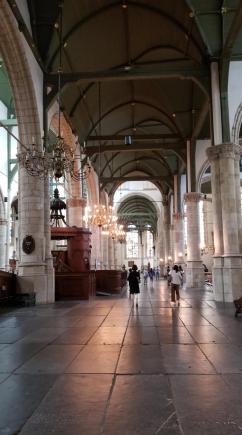 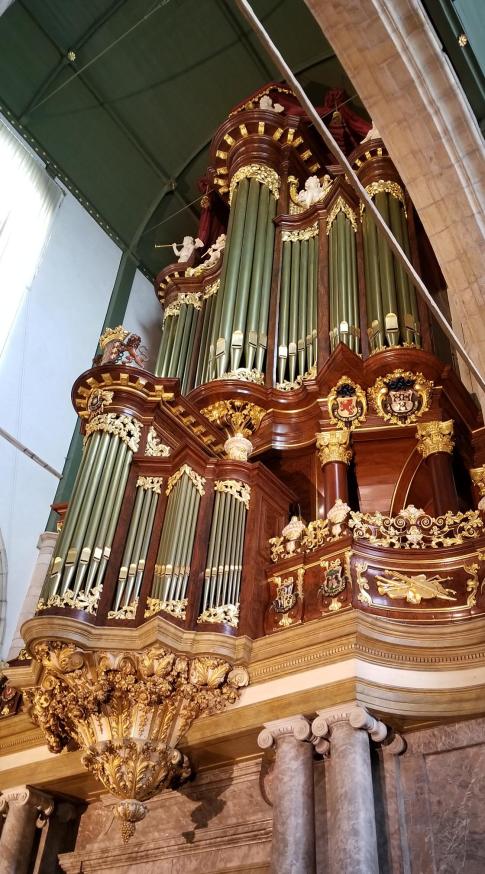 And, everyone knows that food is a highlight of many of our excursions so we were pretty excited to get to try the original recipe for the Stroopwafel which was first made in Gouda-delicious!  All in all, it was a perfect short outing to check out Gouda.