After our Kenyan adventure, we returned home for one day before heading off to our next destination, which may seem like an adventure to many of you, but for us feels pretty normal-Brasil (and yes, this is the correct spelling).  Because of the family we have there, we have made this trek many times, but I have probably never shared too much about what it is like.  Since I detail all our travel these days, it seemed like a good time to share some about Brasil.

Let’s begin with an important note-Brasil is huge.  There are many different cities and many different regional areas which all do have their own typical dishes, traditions, and locations.  Having prefaced with that, we spend our time in the state of Minas Gerais which is in the central to the slightly southeastern part of the country (it is nowhere near the Amazon and 5 hours by car from Rio).  Our family lives in a small city of about 45,000 in Minas state. 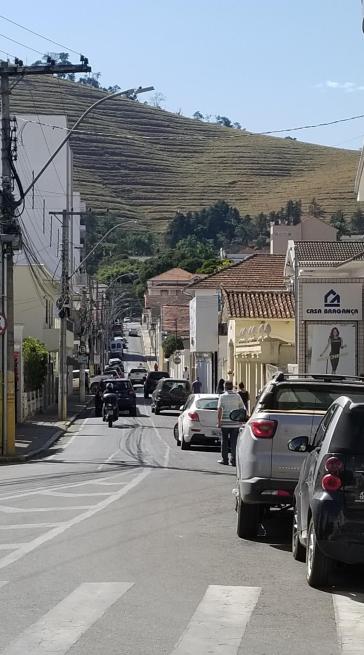 Like most cities in Brasil, the city has a praça (square for gathering) in front of a church. 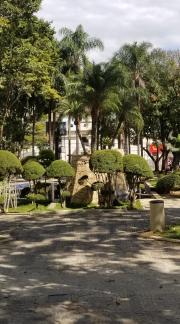 While most of our time is spent at my in-law’s house in the middle of the city, we also do go spend some time at the farm which is on family land. 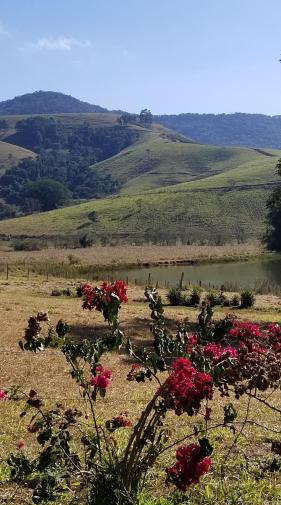 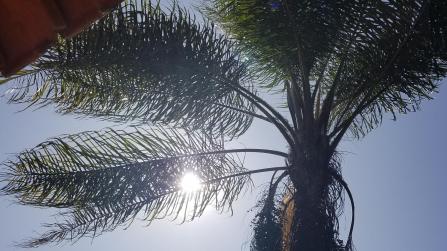 The hills of coffee surrounding the farmhouse, which is now used for rental and events, once belonged to my husband’s grandfather.   The coffee is still farmed there; though, it has been sold to a distant cousin.  We often stop and see the coffee being processed from washing to drying and shelling.  Many years ago, I also got to see it being picked as well. 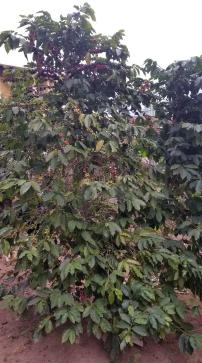 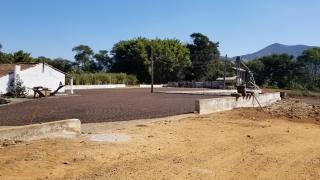 In addition to visiting family and friends and going to the farm, no visit would be complete without eating some of our favorite dishes.

Typically, breakfast consists of several types of breads (the most common being small french bread) and/or cake along with cheese, deli meat, and fruit.  We often eat the french bread with requeijão (a spreadable cheese).  The one we eat is made in the city where my in-laws live. 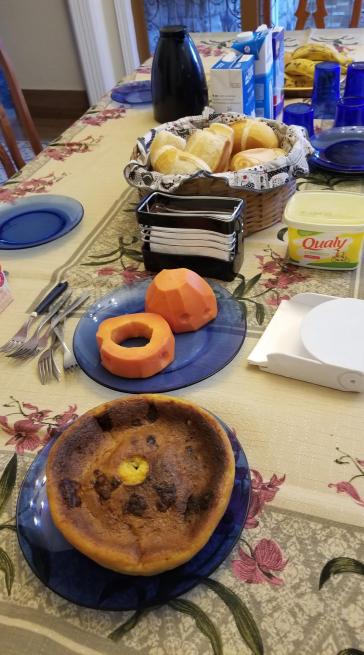 And our favorite thing at breakfast: pão de queijo

Below is a cheese from the region that was often out at breakfast but also goes well with doce de leite (similar to what many of you know as dulce de leche-it’s Spanish name).

Lunch is generally a much bigger meal than dinner and usually features rice and beans in addition to a meat dish and maybe some other vegetable or pasta of some sort (as we were feeding many people at lunch, there are quite a few dishes in this picture).  My husband’s family almost always has freshly made juice (pineapple, passion fruit, orange, etc.) with the meal. 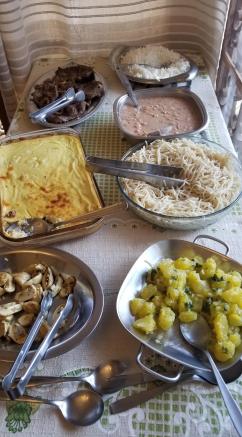 There is always dessert at the end of lunch.  Here is one of them, canudo de doce de leite, which is a crunchy cone kind of like a fried wonton consistency, filled with doce de leite. 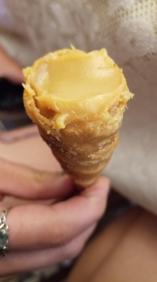 Some of the other desserts we had were passion fruit mousse, pudim (flan with a caramel sauce), and pé de moleque (a candy made from peanuts and unrefined cane sugar).

Another important meal in Brasil is lanche or afternoon snack also called cafe da tarde (afternoon coffee) which often occurs fairly late in the afternoon.  The following are some of our favorites (curau which is like a corn pudding and broa which is a bread made from cornmeal, pamonha which is kind of like a corn tamale -we like one with cheese inside, and pastel which is a fried dough with a filling inside-generally cheese or meat but we also like heart of palm which is called palmito).  Often though, lanche often features bread or a cake and coffee.

We also had a few fun snacks while we were there:

and brigadeiro candies (several types at a birthday party):

Another important event for Brasilians is churrasco.  I say event because, while it means grilled meats and side dishes, it is not just a meal as it can be a several hours long affair including drinking, socializing, and often the card game, Truco.  The meat is placed on skewers and cooked on the grill (special type of grill).  The fire is kept going so skewers are placed on and meat is brought out throughout the time of the event.  The sides such as rice, maionese de batata (potato salad),  salpicão (a mayonaise-based dish with chicken, olives, carrots, peppers and apple covered with shoestring potatoes) are left out the whole time.  There is also often garlic bread, vinagrete (tomato, onion, oil, vinegar, and seasonings), and farofa (ground mandioca flour). 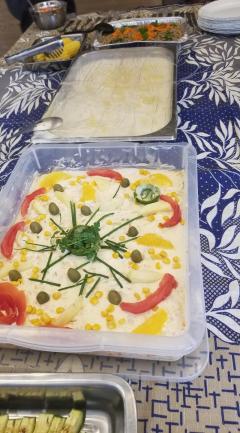 On this visit, we also had the opportunity to experience a cultural event referred to as Festa Junina.  While this normally takes place in the month of June, Covid in the area caused the festivities to be delayed until July this year.  Festa Junina is basically a celebration of the harvest that originated in Portugal in the 16th century.  Children dress up in traditional “farmer” outfits and put on dances that are somewhat akin to square dances.  The parties and dances usually occur at school.  We went to a party at our nephew’s school and our family put a small one on at the house so that we could eat the traditional foods.

The food of Festa Junina features quite a bit of corn, so for our party, we had popcorn, corn cake, and canjiquinha (a corn soup) as well as canjica (a corn dessert). We also had caldo de feijão (a bean soup) and caldo verde (a vegetable soup).

Aside from the parties and family time, we saw a few other fun things during this trip.  We saw several tucans in trees, tons of parrots (several of which were Yellow Headed Amazon parrots), canaries and zebu (a type of cow that can be found often in Brasil).  Sadly, on this trip, we didn’t get to see any capybaras as we have before. 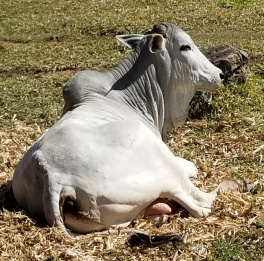 All in all, we had a nice time with our family and while our trip was fairly low key this time around, we have a lot of experience with Brasil so if anyone ever has any questions or would like to know more, you can always let us know.  But for now, tchau!