This past weekend, we played tourists in our own town by checking out some of the top sites/icons in Rotterdam.  First off, we visited the Maritime Museum.  Rotterdam in a port city and has been referred to as the “Gateway to Europe.”  The Maritime Museum houses not just maritime artifacts and artwork but also an interactive experience in which you get to see what it is like to work on an offshore site and test yourself on some of the skills needed and jobs required at the site.  The museum also has several boats in the harbor that you can board.  After the museum, we had lunch at a restaurant on a docked boat and then our son insisted that he must drive a miniature boat around the harbor.  Twelve Euro for 15 minutes seemed steep, but I was never so happy for 15 minutes to be up as he is not the best driver!

After our water-themed morning, we decided to check out the cube houses (you can go in one model home) and the large church from the 16th century that survived the bombing during WWII.  We went to the Museum of Rotterdam and learned more about the SS Rotterdam, the ocean liner from the American Holland Line that is now docked in the city and serves as a hotel.  Finally, we walked to Centraal Station to check out the architecture and then drove over the famous Erasmus Bridge. 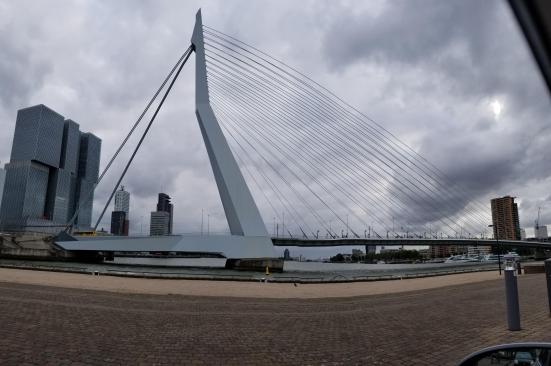 The next day we checked out the zoo and the Euromast with panoramic views of the city and the city park next to it. 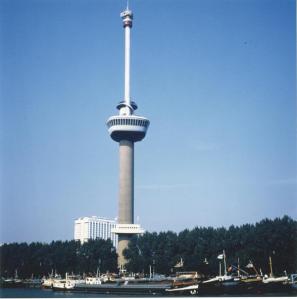 My fitness tracker was very pleased with me over the weekend and there’s more to see, but for one weekend that was plenty.