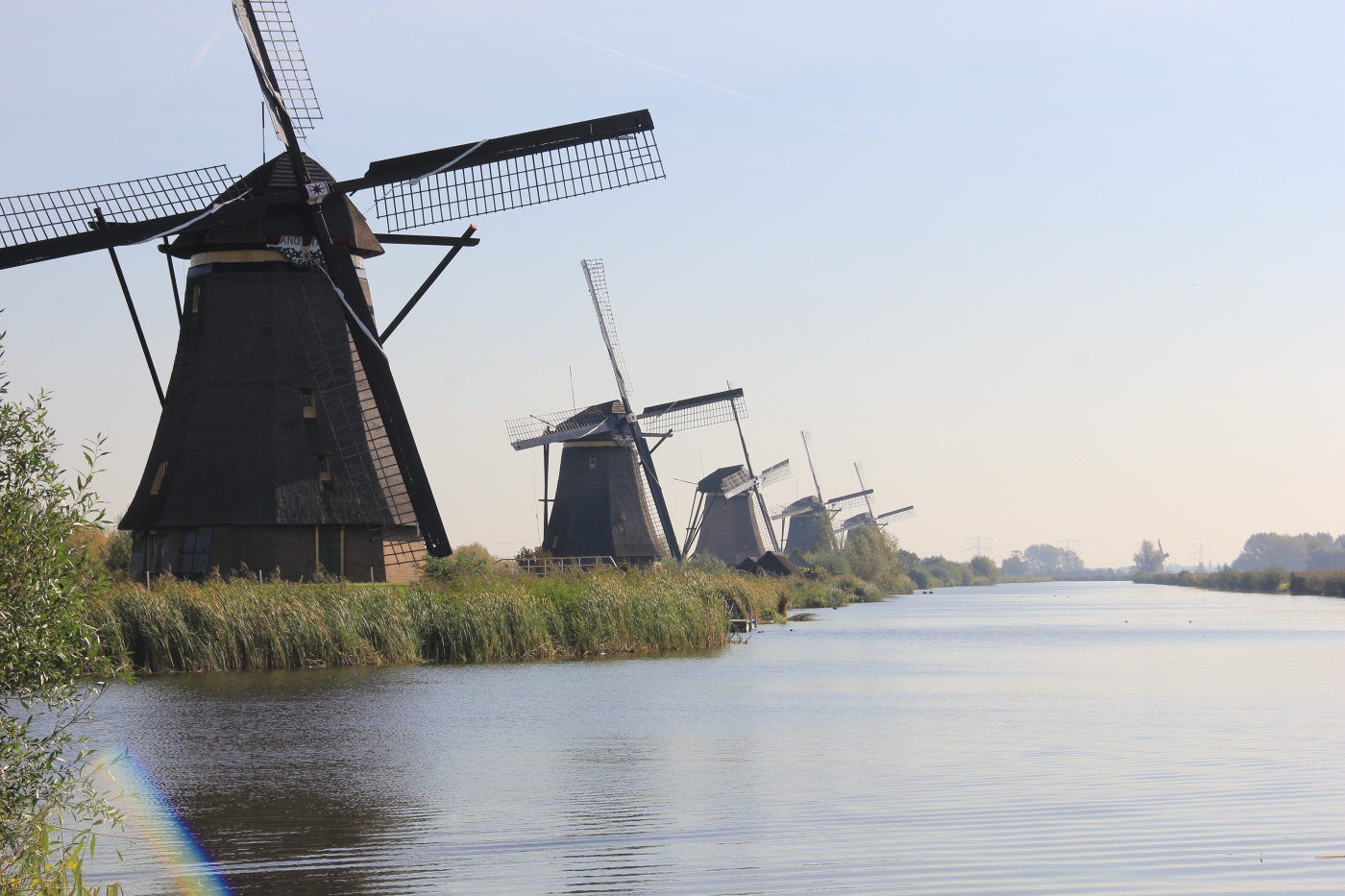 Saturday, we spent a pleasant morning at Kinderdijk just outside of Rotterdam.  Kinderdijk is a UNESCO World Heritage site because it is home to an astounding 19 original windmills (the site originally had 20 but one was lost) as well as pumping stations and dikes used to control water.  The windmills at Kinderdijk were constructed to pump water in order to both keep the river levels where they need to be to allow for the flow of water and to prevent flooding.  Why is this so important here?  The following can be found on the Kinderdijk website:

“The Netherlands looks back on a proud and ancient tradition of working together with the water. Like much of the rest of our country, Kinderdijk lies below sea level. If we would let nature run its course here, some 40% of the Netherlands would be flooded, and 60% would be under threat from the waters! Throughout the ages, the people who lived in these areas had to come up with clever solutions to stave off disasters.”

The Dutch are very proud of their ability to work with the sea and waters to preserve the land of The Netherlands and because that battle has required much ingenuity and perseverance, they even have a saying: “God created the world, but the Dutch created The Netherlands.”

After watching a short movie about the area and the life of a miller, we decided to stroll along the river and past the windmills and the surrounding areas(you also have the option to view the windmills by waterbus).  Two of the windmills were open for observation.  The first windmill was actually turning and demonstrated what the home would look like as well as how the windmill works.  On the inside, if you are willing to climb the steep stairs, you can see the mechanical parts at work.  The other windmill showed more of the lifestyle of the millers with a furnished inside and a cute garden with a few barn animals as well as an old style crank for drying laundry, which the kids could actually try out.  And, just in case you were wondering if windmills were only lived in way back when, many of the windmills are now private residences.

The weather was beautiful, there were lots of people out walking and biking, no one in our family was whining and we stopped and bought some poffertjes covered in butter and powdered sugar at a stand along the way-all in all it was a pretty good morning!

You can read more about Kinderdijk here: Kinderdijk 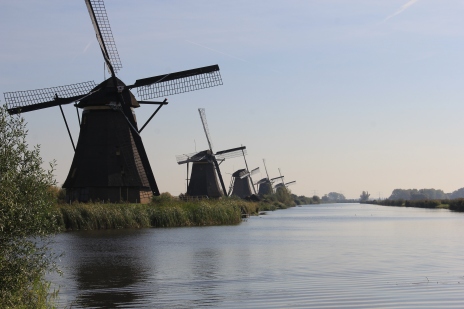 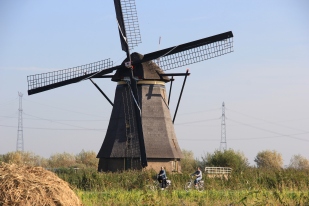 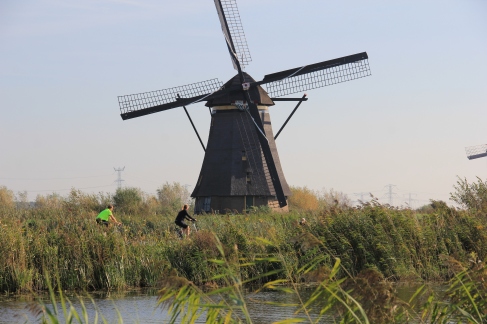 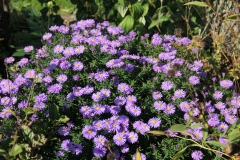 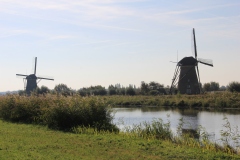 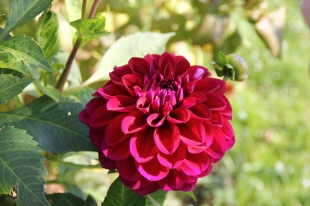 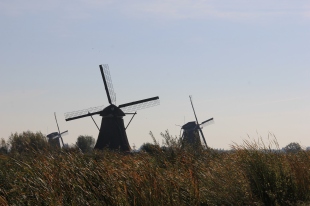 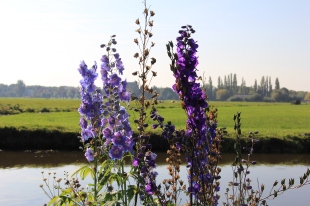 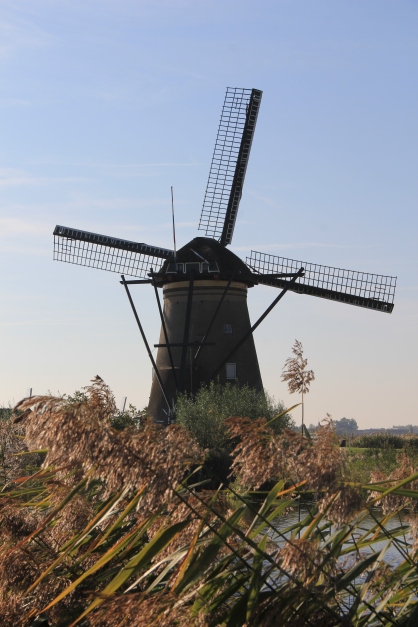 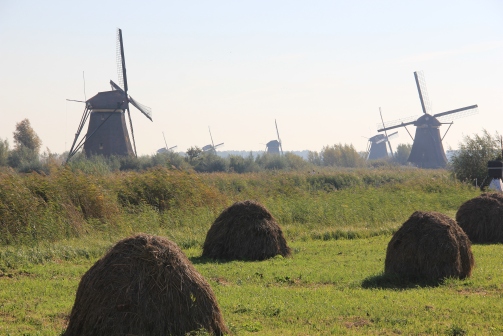 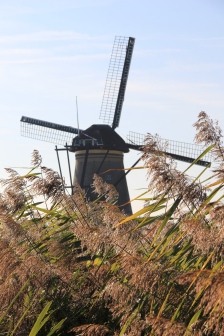 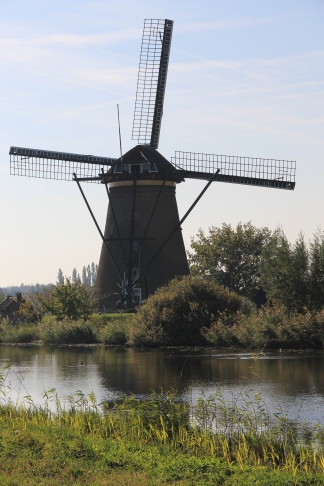