This past week, we decided to drive to the small country of Luxembourg for a day visit to Vianden and Echternach.

Our first stop was Vianden Castel which towers over the quaint town below it.  The castle was constructed between the 11th and 14th centuries on the foundation of a Roman castle.  The tour of the castle was quite nice and you were able to see many of the important rooms like the bedrooms, kitchens and chapel as well as many artifacts. 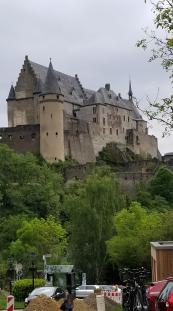 After visiting the castle we decided to wander the city a little.  After the world’s slowest meal (even by European standards) in which each person’s dish was brought out separately and with about 20 minutes in between, we walked down past the little shops and homes to the river.  We saw Victor Hugo’s former home and a couple of small churches. 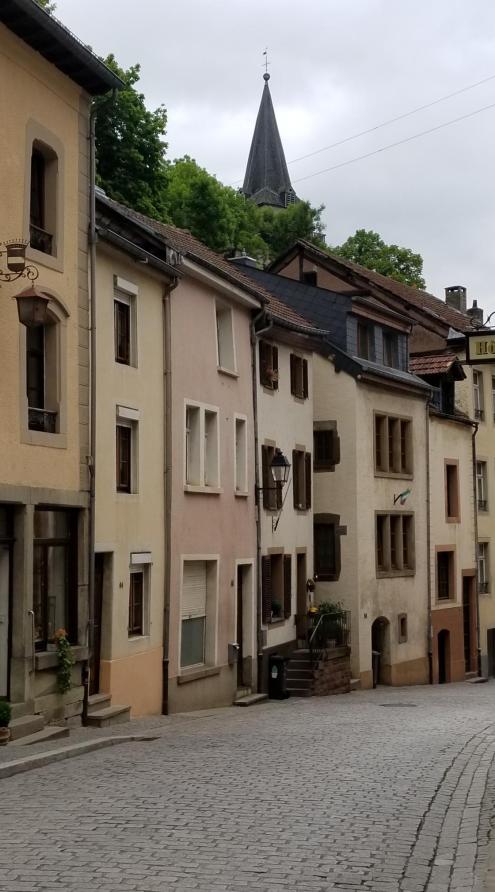 Next, we headed to Echternach.  It was a very pretty city.  There were many old buildings such as the Orangerie and government buildings.

We also went into an interesting small cathedral.

We walked down the shopping area which was quite lovely and had a snack on the street.  Then we walked back along the river through a forested area. 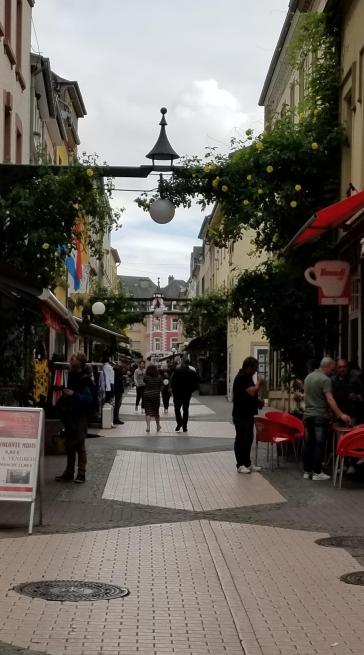 Luxembourg was small, but so was our time so it made for an easy opportunity to explore a bit of another country.  We plan to visit Luxembourg City, but that will be for another day.  Until then!